Review for HP Officejet Pro X551DW Printer with wide print head, having 42240 nozzle and it was made before the official release. The reason is simple – the device is intended to revolutionize mid-segment offices. The printer is so interesting, that leaving him unattended is simply impossible.

To the idea of ​​creating a printer with fixed print head Hewlett-Packard was not the first to contact. Rather, their development is the correction of other people's mistakes.. An idea was born within the walls of a little-known to the mass consumer, но весьма авторитетной в среде профессионалов фирме Memjet.

Inkjet printer option, designed to become the fastest in the world, she submitted back in 2009 year. The apparatus had 70 thousand holes. Through them on paper every second received 704 million ink drops. This ensured prompt printing up to 60 sheets per minute. Memjet promised, as if a serial printer would cost within 300 dollars, а для заправки картриджей создадут специализированные сервисные центры.

With this statement, the company aroused the enthusiasm of many potential users.. Only a few were skeptical, but in the end they were the ones who were right. In our country, a Memjet printer under the EvoJet Office brand and the Lomond brand appeared by the end 2011 years and cost about a thousand dollars, but this was not the main problem. The problem was, that the print head stubbornly made stripes and reacted to cleanings only when the ink level was low. Replacing the device under warranty led to certain ordeals and did not make sense at all, as the new printer had the same problems.

The opinion among the sympathizers of the wide printhead boiled down to, that technology is crude, but no doubt after a while it will be brought to mind. As a result, it happened.. The idea was picked up by Hewlett-Packard. The company had everything for its successful implementation: qualified engineers, powerful production base and nationwide recognition. The combination of these factors turned out to be enough, to create an affordable, trouble-free printer, способный завоевать популярность.

The main technical problems were solved with the help of a high-tech control system, the consumer was attracted by a noticeable reduction in cost compared to the Memjet product and the ongoing advertising campaign. Mainly among business users. Hewlett-Packard claims, X series printers print twice as fast, than laser counterparts, but also twice as economical.

Regarding consumables, then buy printer cartridges HP Officejet Pro X551DW not everyone can afford, but for business it shouldn't be a problem, considering the huge resource of these cartridges. The cost per print is quite low, when compared to color laser printers.

The device is aimed at medium-sized office groups no more than 15 employees. Connection to the network occurs through two types of interfaces. The device supports the HP ePrint protocol, which allows you to print from any device, including tablets or smartphones. The printer is automatically duplexing. It is easy to connect to it also with external hard drives or flash drives. The device is controlled through the touch panel. If you buy an additional cassette and, using simple manipulations, attach to the device, more than a thousand sheets of paper can be loaded. And all this pleasure will only cost you 600 dollars.

The printer is a symbiosis of glitz and poverty. It was the result of a rational approach – no frills needed to print documents. The maximum resolution of 600x600 dpi is quite enough. True, it was not without the ability to expand the modest value of the maximum in single-color mode to 1200x1200 dpi, and in color up to 2400x1200 dpi. The volume of one ink drop is 6 picoliters. This indicator also cannot be called outstanding., but it can be considered quite sufficient for business graphics. Regarding the quality of the photo print level, then the manufacturer never talked about him. Initially, the emphasis was not on high quality, but on the printing speed and endurance of the device. And in these parameters, the X551DW has no equal.

In accordance with European standard, which allows you to evaluate the performance of digital printing devices, printer print speed 42 pages every minute regardless of the selected mode: monochrome or color. If you do not limit the maximum speed by the framework of standards, then its size looks even more attractive – 70 sheets for 60 seconds. Before, than to bring the X551DW to the market, рекламный отдел Hewlett-Packard провел колоссальную подготовительную работу и даже умудрился вписать устройство с Х-решением в книгу Гинесса.

Record at the device and maximum load, which is 75 thousand sheets per month. Before the release of the X-series, the HP Pro 251dw was considered the most durable office inkjet printer with a monthly load of 30 thousand pages.

The stated figures are quite specific and very impressive., but it is worth considering, that for the characteristics of the device, they are still conditional. The technical documentation contains a link to that, that the specified volume is not constantly maintained. The main purpose of the numbers is to compare the degree of reliability of different models.. Better to evaluate the capabilities of printers, focusing not on the maximum load, but on the recommended. The X551DW has a monthly 4200 pages. The HP Pro 251dw cited earlier for comparison should not be loaded more than, than on 1500 pages per month.

Principal Feature of X551DW, which makes the printer unique, lies in its print head width 217, 8 mm. All nozzles on it are divided into ten autonomous sections. The manufacturer considers, that the main problem with a bulky head is inoperative nozzles, and threw all her strength to counteract this fact. To combat this unpleasant phenomenon, special proprietary technologies have been specially developed.. For the same purpose, a number of measuring instruments and a system are used, designed to maintain high humidity inside the device during periods of inactivity, anti-drying ink.

As noted earlier, the fixed print head of the X551DW is not dotted all over the entire area with holes for the ink outlet. They are arranged in ten self-contained units, staggered. Blocks partially overlap each other, grabbing on 30 nozzles. Each block contains 4224 holes, of which for each CMYK color there is 1056 nozzles. The hole density is 1200 per inch and when printing at the standard resolution of the printer, this geometry provides the necessary reserve of healthy holes. If a large number of adjacent nozzles are out of order at once, including spare holes, then the printer generates the required color based on the passing ink and fills the area that has dropped out of the image with the resulting result. This approach works best in relation to black., since that one is already formed from other CMYK components.

Another important, but a very complex technical find of Hewlett-Packard engineers. They installed two optical sensors in the printer, leading constant monitoring of the state of the holes. One of them analyzes the image on the test page. Another sensor monitors, do ink drops pass through 1 mm distance from nozzle to paper at speed 10 meters per second. The system requires significant computational resources and exits, что мощности X551DW служат не только для переноса изображения на бумагу.

It turns out, what if you take all the manufacturer's statements with full confidence, then the user does not get a household printer, and a printing complex stuffed with electronics. And all for one purpose – do not allow any of the nozzles to fail and damage the integrity of the seal. Even if a row of nozzles fails, the printer on the image will minimize visible defects and try to smooth them out. 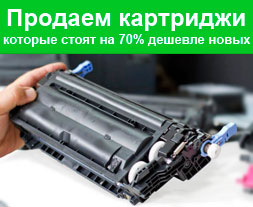